Linking tissue remodelling and chronic inflammation of the lung

The prevalence of chronic inflammatory lung diseases (CILD) is increasing worldwide since several decades and together they represent the 4th most frequent cause of absence from education and work. Asthma, COPD and fibrotic changes of the lung are the most frequent CILD and are characterised by chronic inflammation and excessive tissue remodelling. The pathologies, however, occur in disease specific patterns and different lung compartments. Recent studies challenged the long held hypothesis that tissue remodelling is caused by chronic inflammation. Today it is hypothesised that inflammation and remodelling occur independently. Furthermore, the likelihood to develop CILD was linked to epigenetic modifications which are imprinted during the last 8 weeks of embryogenesis and early childhood.

Asthma affects 300 million people worldwide and is not curable. The pathogenesis of asthma is not well understood and it is discussed if allergic and chronic asthma are the same disease or if they are 2 diseases which share many pathologies. Since 1922, we have known that a major pathology of asthma is the increase of airway wall thickness which is due to the hypertrophy and hyperplasia of airway smooth muscle cells (ASMC). Recent studies in asthma patients showed that reduction of ASMC significantly reduced symptoms. ASMC are the major cause of airway constriction, immune cell infiltration, and of chronic inflammation. Together with our colleagues we search for novel targets aiming to develop curative therapies. Recently we described a novel signalling pathway which is constitutively activated in sub-epithelial cells of asthma patients and leads to the secretion of pro-inflammatory cytokines, increased proliferation and deposition of extracellular matrix components. This signalling pathway involves Erk1/2, Stat1 andPRMT1 and is activated by all tested asthma triggers (IgE, TGF-β, PDGF-BB, IL-4,TNF-α). Interestingly, the regulation of this pathway occurs on the epigenetic level and we linked this to our earlier finding: the lack of C/EBP-α expression in asthmatic ASMC. In regard to new therapies, the inhibition of PRMT1 may be easier to achieve than the expression of C/EBP-α.

COPD is the 3rd most frequent cause of death in the U.S.A. and ranked 4th in Switzerland;thus, COPD caused more death than diabetes or neuro-degenerative diseases.The susceptibility to develop COPD seems to be defined by epigenetic imprinting during embryo development and later exposure to the known triggers which include cigarette smoke, fine ash, industrial fine dust and organic inhaled matters. Cigarette smoke is the main trigger of COPD which affects 20% of all smokers. COPD is deadly and cannot be cured with any available drugs. In early stages, COPD shows similar tissue remodelling pathologies as asthma, however,in small bronchi. In late stages, COPD is characterised by tissue degradation (emphysema). Clinical data showed that combining long acting beta2-agonistswith long acting muscarinic receptor antagonists achieved better symptoms control and improved lung function compared to other treatments. Using our human cell model with COPD cells, we provided evidence that this drug combination has beneficial effects on extracellular matrix remodelling, thus providing the molecular biological rational of clinical studies.

Idiopathic pulmonary fibrosis (IPF) is a rare but devastation non-malignant lung disease with unknown cause and limited therapeutic options. We have recently shown that fibrotic remodelling can be controlled by the two novel drugs, nintedanib and pirfenidone, however, clinical studies have demonstrated only limited therapeutic benefit for IPF patients. In collaboration with the University of Bern, we obtained data showing that human fibrotic lung tissue contains increased numbers of pluripotent cells which show characteristics of stem cells. In vitro studies demonstrated that these pluripotent stem cells exhibit anti-fibrotic effects via fibroblastsand epithelial cells. Our current studies aim to understand the role ofthese stem cells in tissue fibrosis and to elucidate the mechanism of their anti-fibrotic properties. 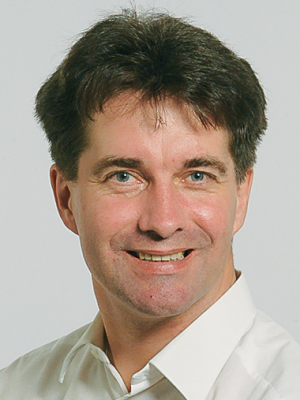 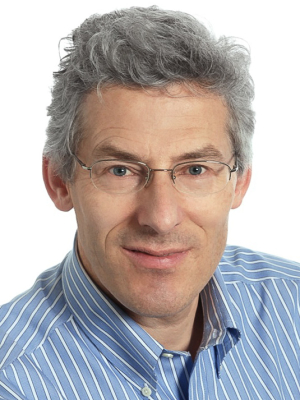