Cell adhesion in health and disease

All multicellular organisms depend on adhesion between cells and of cells to the surrounding matrix. Our long-standing aim is to identify how cells sense and adapt adhesion on molecular, cellular and tissue levels and to apply this knowledge for identification of novel treatment approaches. We primarily focus on desmosomes, a supramolecular complex required for stable interactions of all epithelial and some non-epithelial cells (Fig. 1). The relevance of this junction is evident by a number of severe diseases caused by desmosome dysfunction, e. g. as a result of mutations in desmosomal proteins (resulting in arrhythmogenic cardiomyopathies, ACM) or of autoantibodies (causing pemphigus, a blistering skin disease).

Plasticity and regulation of desmosomes

While the molecular composition of desmosomes is well defined, much less is known if and how the adhesive function is modulated in response to external and internal stimuli. We showed that desmosomal adhesion, until now considered to be rather static, can rapidly adapt to external or internal stimuli such as mechanical load on junctions or cAMP-dependent signaling. We identified the cytoskeleton as essential player to maintain desmosomal adhesion homeostasis (Fig. 2). Using biophysical techniques such as single molecule force spectroscopy, we demonstrated that intermediate filaments, which are anchored at desmosomes, modulate the adhesive properties of adhesion molecules and their stability in the membrane. This regulatory function is compromised in pemphigus, in which autoantibody binding to desmosomal molecules causes uncoupling of intermediate filaments from the desmosome, subsequent destabilization of cell-cell adhesion and blister formation in the skin and mucous membranes. In contrast, the actin cytoskeleton and associated proteins such as α-adducin indirectly modulate desmosomal turnover by shaping clusters of adhesion molecules which is required during desmosome assembly. Accordingly, adducin-deficient skin fails to adapt to increased mechanical load.
To test the relevance of desmosomal adhesive function in a whole animal model, we generated a mouse line in which a putative binding mechanism of desmosomal adhesion molecules is mutated (Fig. 3). The exchange of a single tryptophane of the adhesion molecule Dsg2 (Dsg2-W2A) results in a severe cardiac phenotype which reproduces the major criteria of ACM on the pathological and clinical level. This not only demonstrates that loss of adhesion is a major trigger of ACM but also gives us an excellent tool to study the impact of adhesion loss on cellular and tissue functions.

Although desmosomes are primarily described as cell adhesion complexes, they also contribute to cellular functions beyond mere adhesion. As example, we showed that desmosomal adhesion molecules are downregulated at the invasion front of pancreatic ductal adenocarcinomas and a loss increases Slug-dependent invasion and malignant behavior in knockout models.
To our surprise, we also detected the expression of distinct desmosomal adhesion molecules in non-adherent cells such as CD4+ T cells. Moreover, tissue-specific loss of Dsg2 in several mouse models led to reduced numbers of regulatory T cells. Application of these knockout lines in distinct disease models will outline the functional relevance of this expression.
Together, these results fuel the conceptual switch from desmosomes being “sticky glue” to representing active modulators of cellular behavior and tissue functions. 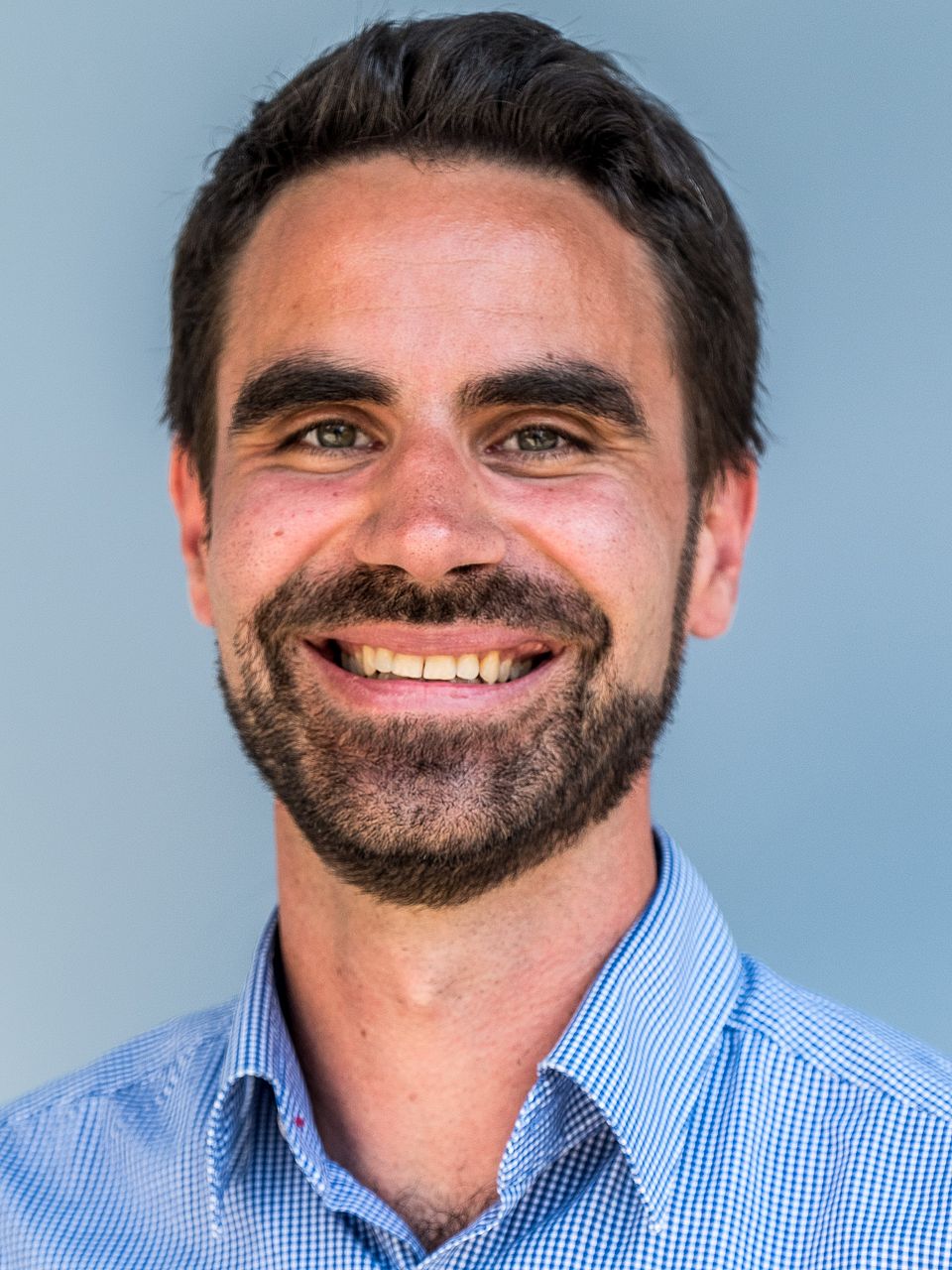 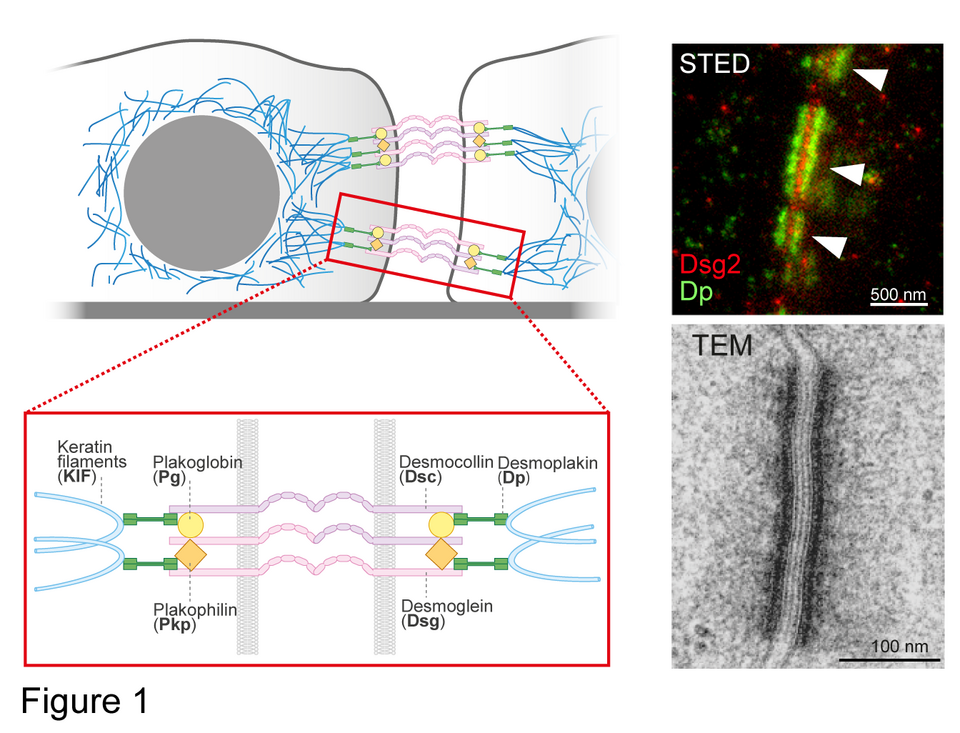 Fig. 1: Structure of the desmosome Outlined as schematic and visualized by superresolution (STED) or transmission electron microscopy (TEM). 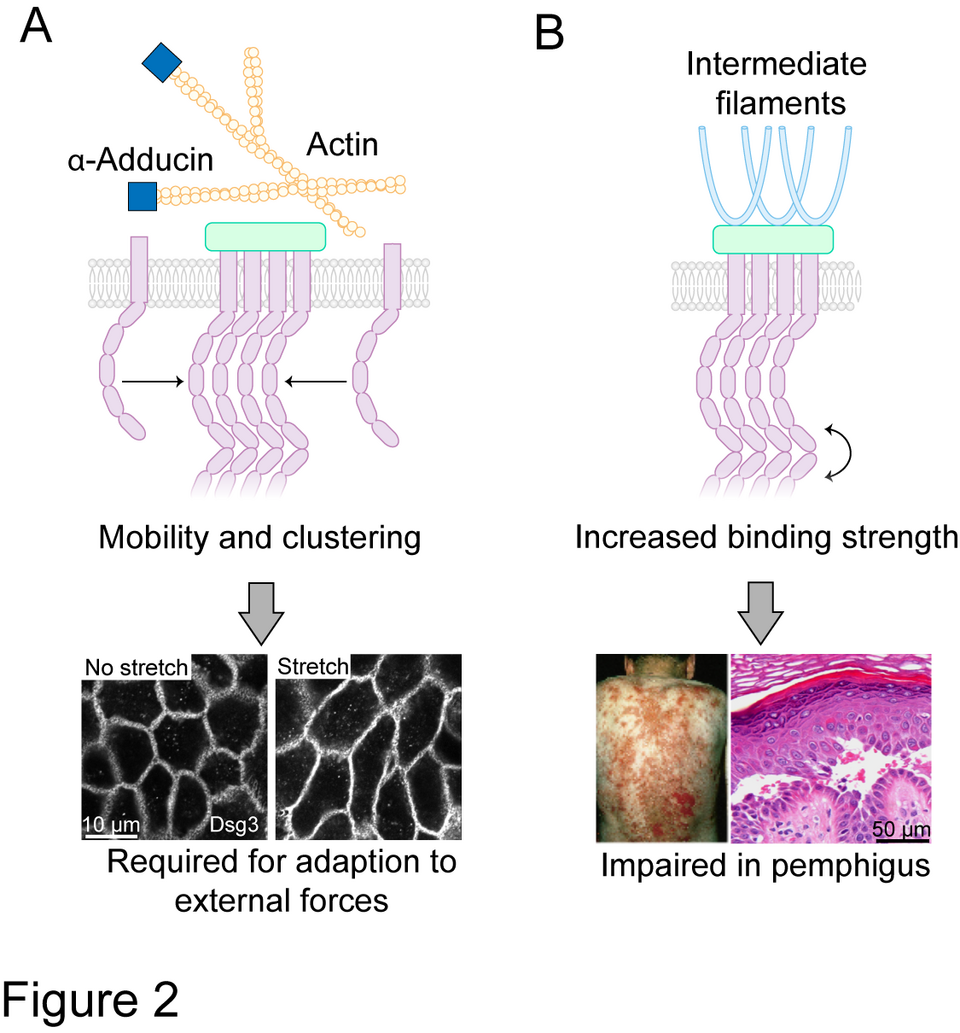 Fig. 2: Cytoskeletal control of desmosome plasticity and function (A) Adaption of cell-cell adhesion to mechanical load requires the actin cy-toskeleton and associated proteins such as α-adducin. (B) Keratin-dependent modulation of desmosomal adhesive forces is impaired in the bliste-ring skin disease pemphigus. 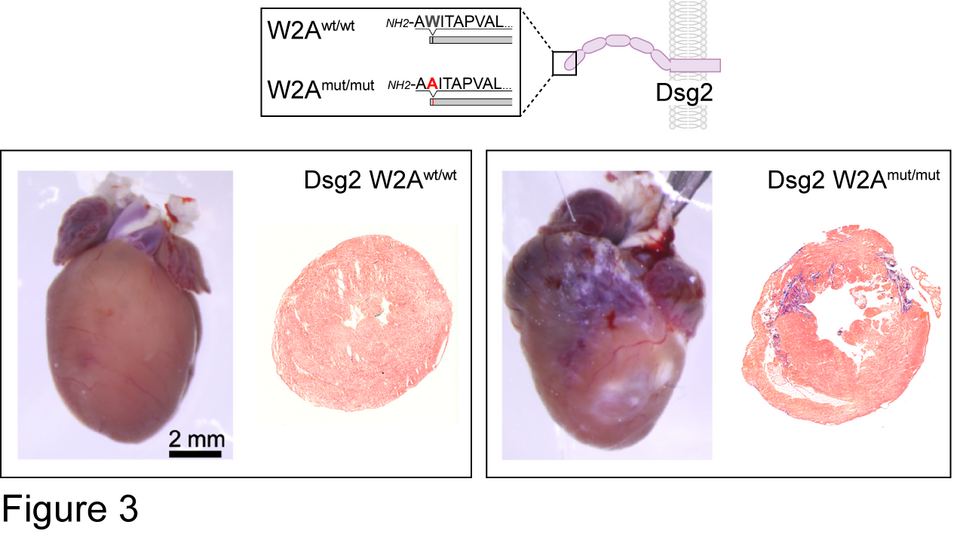 Fig. 3: Loss of cell adhesion causes an arrhythmogenic cardiomyopathy phenotype Exchange of a N-terminal tryptophane to an alanin (W2A) in the desmosomal adhesion molecule Dsg2 results in cardiac dilation, calcification and fibrosis.