Therapeutic angiogenesis aims at restoring blood flow to ischemic tissues by growing new vessels. Our research focuses on the basic principles governing vascular growth and their translation into rational approaches to: 1) treat ischemic diseases and 2) improve the vascularization of tissue-engineered grafts. We use precursor cells genetically modified to express controlled levels and combinations of factors, combining the specific advantages of cell and gene therapy.Vascular endothelial growth factor (VEGF) is the master regulator of vascular growth. However, uncontrolled expression causes vascular tumors (angiomas).By the close interaction of basic scientists and clinical surgeons, we are developing novel methods to deliver the VEGF gene alone or in combination with modulating factors to increase its safety and efficacy in vivo, using transduced progenitors,gene therapy vectors and controlled release of recombinant proteins by smart biomaterials. Research is funded by Swiss agencies (SNF and Swiss Heart Foundation)and the European Union (FP7 and H2020).

1) Controlled VEGF delivery for therapeutic vascularization
We previously found that the transition between normal and aberrant angiogenesis depends on the VEGF amount in the microenvironment around each producing cell rather than on the total dose, since VEGF remains tightly localized in the extracellular matrix (Ozawa & Banfi 2004). In order to translate this biological concept into a clinically applicable approach, we developed a high-throughput FACS-based technology to rapidly purify transduced progenitors expressing specific VEGF levels (Misteli 2010). Controlled VEGF expression by FACS-purified progenitor populations could induce effective vascularization both inside and outside of thick, engineered cardiac patches (Marsano 2013; Boccardo & Gaudiello2016), therapeutic angiogenesis in ischemic myocardium (Melly 2012 and manuscript submitted) and increased in vivo vascularization of osteogenic grafts (Helmrich2013; Largo & Di Maggio, manuscript submitted).To avoid the need for genetic modification and improve clinical applicability, in collaboration with Jeffrey Hubbell (EPFL, Lausanne) we developed a state-of-the-art biomaterial platform based on fibrin hydrogels that enables independent control of the dose and duration of release of matrix-bound growth factors, by which we could identify a 500-fold range of VEGF concentrations inducing only physiological capillary networks, which were long-term stable and therapeutically effective in ischemic wounds (Sacchi 2014).

2) Cellular and molecular mechanisms of VEGF dose-dependent angiogenesis
Our understanding of angiogenic mechanisms is mostly based on developmental models, in which new vessels sprout to vascularize tissues. However, we found that VEGF delivery to skeletal muscle, at the doses needed for functional benefit,induces angiogenesis without sprouting, but by circumferential enlargement of vessels, followed by longitudinal splitting ("intus susception", Gianni-Barrera 2013;Fig. 1). The molecular basis for the induction of sprouting or intus susception byVEGF is provided by opposite patterns of activation of Notch1 signaling (Gianni-Barrera, manuscript submitted). We also found that the transition between normal and aberrant angiogenesis is not an intrinsic property of VEGF dose, but depends on the balance between VEGF-induced endothelial stimulation and vascular maturation mediated by pericyte recruitment by PDGF-BB (Banfi 2012). On the other hand, new vessels regress if VEGF delivery is shorter than about 4weeks: we identified Semaphorin3A as a molecular target to accelerate the stabilization and persistence of new vessels despite transient VEGF delivery (Groppa2015; Fig. 2). Taking advantage of the highly controlled cell-based gene delivery platform we developed, we are currently pursuing a systematic investigation of the mechanisms that regulate the switch between normal and aberrant angiogenesis in vivo, through the analysis of the stage-specific mRNA and miRNA transcriptomes of ex-vivo purified vascular cells to identify novel and more specific molecular targets for therapeutic angiogenesis. 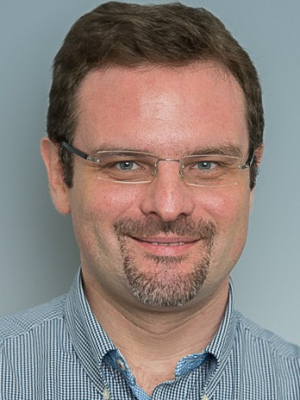 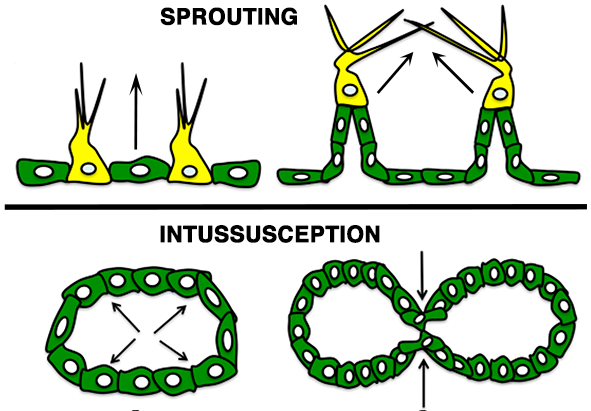 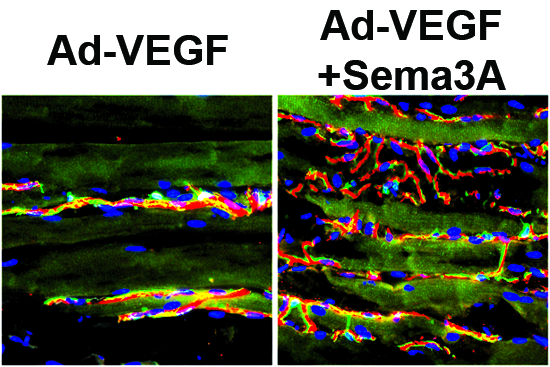 Fig. 2: Transient VEGF expression, e. g. by adenoviral vectors (Ad-VEGF), is clinically desirable to ensure safety, but it is insufficient to allow stabilization of induced vessels, which promptly regress upon cessation of the VEGF stimulus (left). Treatment with Semaphorin3A (Sema3A) accelerates the stabilization of newly induced vessels, preventing their regression despite transient VEGF delivery (right).