As a potential pharmacologic agent to target macrophage polarization, we assess the effect of the tyrosine kinase inhibitor (TKI) imatinib. Imatinib is approved for the treatment of multiple cancers, most notably for chronic myelogenous leukemia (CML). The primary target of TKIs is the constitutively active tyrosine kinase fusion protein created by chromosome translocation in CML. Imatinib has been shown to suppress aerobic glycolysis in leukemia cells and to drive polarization of tumor-associated macrophages from a pro- to anti-inflammatory phenotype. Interestingly, improvement in glycemic control has been described as a concomitant phenomenon in diabetic patients treated with TKIs. Thus, based on these known effects of TKIs on immune cells and glycemia, we assess the effects of imatinib on macrophage polarization and whether such changes go along with improved glycemic control. The aim is to find ways to deliberately modulate the level of immune cell polarization and subsequently glycemic control.

Moreover, we are also interested in the gastrointestinal immune system's role in mediating systemic inflammation in metabolic disease. Specifically, we are aiming to decipher the interplay between food intake, gut microbiota, the intestinal immune system, and systemic inflammation. Unhealthy "dysbalances" between these players are associated with a broad spectrum of diseases including metabolic disease. Intestinal immune cells could serve as crucial "sensors" of environmental factors (food intake, environmental toxins or altered microbiota) for the host's immune system. We are interested in how intestinal macrophages respond to different environmental stressors. Our aim is to better understand initial changes in immune cell activation that eventually mediate and maintain enhanced systemic inflammation in metabolic disease 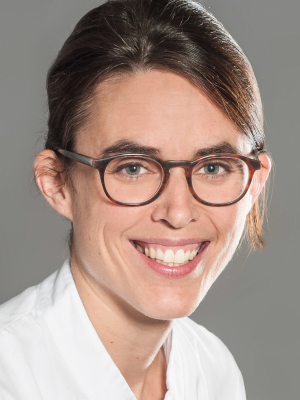