Research Summary: Our research focuses on the mechanisms and therapy of insulin production by the pancreatic islets in physiology and in obesity associated type 2 diabetes. In previous studies we demonstrated that the metabolic stress evoked by high glucose and saturated fatty acids (contained in animal fat) may induce death of the insulin producing beta-cells of the islets. Subsequently we identified interleukin-1 beta as a key mediator of these deleterious effects and showed that it is produce by human beta-cells in type 2 diabetes. We published several additional studies supporting the concept that this mechanism leads to an inflammatory process and underlies the failure to produce sufficient amount of insulin in type 2 diabetes. On the basis of this we initiated clinical trials in patients with type 2 diabetes that vindicates this hypothesis and opens the way for a causative treatment. Furthermore we identified a new endocrine loop by showing that elevated IL-6 mediates a cross talk between insulin sensitive tissues, L cells and pancreatic islets to adapt to changes in insulin. Finally, we uncovered the first monogenic form of type 1 diabetes. This research has contributed to the concept that the innate immune system is part of the regulation of metabolism.
Our ongoing studies aim at understanding the physiological role of the immune system in metabolism. The general objective is to uncover mechanisms on how the innate immune system contributes to the adaption of pancreatic islet function under various physiological (postprandial and pregnancy) and stressful (obesity and diabetes) situations with a focus on macrophages derived IL-1beta in the postprandial stimulation of insulin; Beta-cell and placenta produced IL-1beta and IL-1Ra, and of alpha cell derived GLP-1 in physiology and insulitis; IL-33 induced ILC2 stimulated insulin secretion. 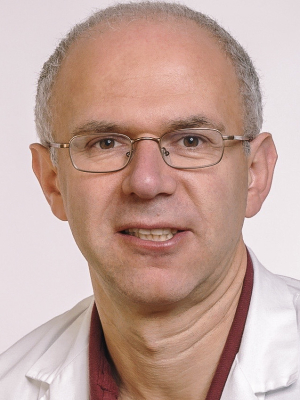