Our laboratory conducts basic and translational research aiming at testing and developing protective and regenerative strategies to repair the central nervous system (CNS) after injury.

HIE is a brain injury resulting from an impaired delivery of oxygen (hypoxia) and blood (ischemia) to the brain of a newborn. It causes significant mortality, and up to 25 % of surviving infants endure lifelong neurological deficits, collectively referred to as cerebral palsy (CP). Currently, therapeutic hypothermia is the only approved therapy, nevertheless the rates of death and severe disabilities in treated children remain high. Thus, there is an urgent need for alternative therapies. Preclinical and clinical data indicate that stem cell (SC) transplantation improves the functional outcome of HIE, but the underlying mechanisms remain unclear.
A major research goal of our laboratory is to study the cellular and molecular determinants of repair in the developing brain. Our focus is on neurogenesis and oligodendrogenesis, two complex endogenous processes that generate mature neurons and oligodendrocytes respectively from neural stem/progenitor cells (NSCPs). Data in rodent models of neonatal HIE suggest that these repair processes are induced by HI (Brégère et al., 2017)-albeit insufficiently –, and can be potentiated by SC therapy. Postnatally, these processes are mainly retained in two restricted and specialized areas of the brain, the neurogenic niches, namely the subventricular zone (SVZ) and the hippocampal dentate gyrus (DG). Using in vivo and in vitro rodent models, our previous data showed that microglia, the main immune cells in the CNS, are more densely populated in the neurogenic niches than in non-neurogenic areas of the brain. We and others also demonstrated that a reciprocal NSPCs/microglia crosstalk contributes to the regulation of neurogenesis. This aspect is being further investigated in the context of neonatal HI brain injuries (Fig. 1).

Using a rat model of neonatal hypoxia-ischemia (HI), we recently showed that microglia in the SVZ have a very distinct response to injury when compared to microglia in the adjacent cortex or corpus callosum (Fisch et al., 2020). Specifically, we found that 3 and up until 33 days after HI, SVZ microglia (i) accumulate, (ii) are activated and phagocytic, and (iii) upregulate immunomodulatory and neurotrophic genes, features not or less observed in non-neurogenic areas (Fig. 2). In vitro, microglia isolated from the SVZ supported neurosphere generation in a concentration-dependent manner. Altogether these data suggested a functional impact of SVZ microglia on neurogenesis after a developmental brain injury.

The effect of glucose deprivation on the microglial phenotype

We are also investigating the impact of ischemia on brain cells through subjecting primary rodent mixed glial cultures to glucose deprivation (GD). Mixed glial cells comprise predominantly astrocytes, and to a lesser extent microglia and oligodendrocyte progenitor cells (OPCs). We observe that after GD, microglia are the main survivors among glial cells. Microglia under GD conditions display an ‘activated’, phagocytic like phenotype, as indicated by an increased cell size, and higher coexpression of IBA1 (microglia/macrophage marker) and CD68 (lysosomal marker).  The concentration of PDGF-AA, -an important chemokine for the proliferation of OPCs-, in the conditioned medium from GD mixed glial cultures is 247 times higher than that from non-GD cultures. These data highlight microglia as very flexible cells for energy substrate, and point to a role of microglia in oligodendrogenesis during ischemia.

Neuroprotective mechanisms of hypothermiarole of RBM3, a cold-inducible protein

Therapeutic Hypothermia (TH) is the only approved treatment for term born infants diagnosed with HIE. Even tough it is not fully effective, it reduces mortality and disabilities up to 24 months of age if applied within 6 hours of birth. TH appears also neuroprotective in patients undergoing cerebrovascular surgery, but randomized controlled trials have yielded conflicting results. Yet, subgroups of patients may still benefit from this intervention. Research has established that the benefit of TH lays in the modulation of several injury pathways, but the molecular mechanisms are not fully elucidated. In collaboration with Prof. Dr. Sven Wellmann (SNF grant 31003A_163305), we examined the role of RNA-binding motif protein 3 (RBM3), a cold-inducible stress protein, in brain repair. Hypothermia up-regulates RBM3, which is neuroprotective under stressful conditions. We demonstrated that, after an HI injury, RBM3 stimulates neuronal differentiation and inhibits HI-induced apoptosis in the two neurogenic niches, i.e. the SVZ and the DG, while promoting NSPCs proliferation only in the DG. The severity of HI-induced neuronal injury was greater in RBM3 knockout mice than in wildtype mice. We unraveled a novel RBM3- IMP2-IGF2 signaling pathway in the hippocampus that explains the niche-dependent regulation of neurogenesis after adult HI (Zhu et al., 2019 and Fig. 3). In a second report, we showed that RBM3 contributed to the regulation of the cell cycle of NSPCs and their viability under hypoxic conditions (Yan et al., 2019). Altogether, the data indicate that RBM3 may be an important clinical target in neuroprotection. 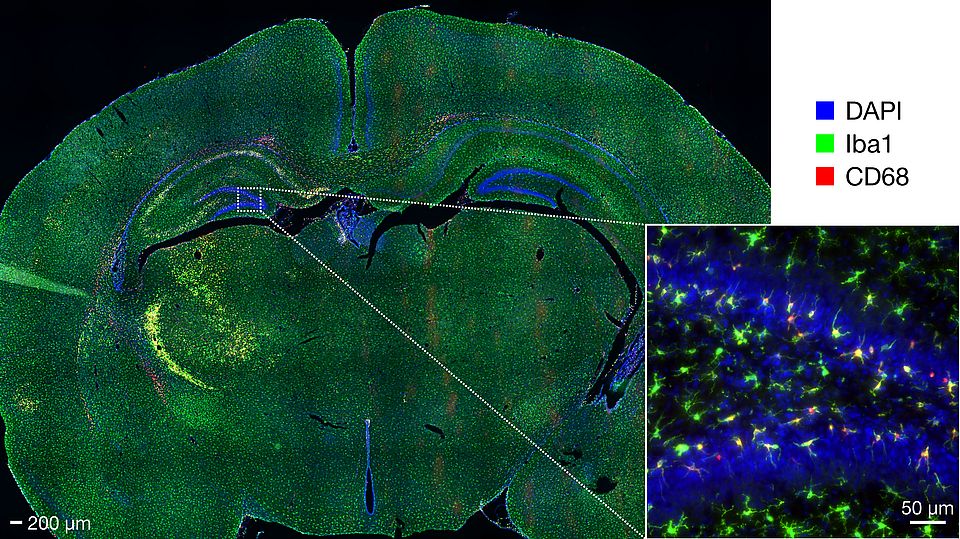 Fig. 1: 10X confocal micrograph showing a coronal overview of a postnatal day 15 (P15) rat brain exposed to HI at P7. The HI surgery consists of right common artery ligation followed by 40 minutes exposure to hypoxia (8 % oxygen). HI produces an injury on the same side of carotid ligation (or ipsilateral) while leaving the contralateral hemisphere intact. The rat brain slice is stained at the level of the dorsal hippocampus with Iba1 (green) and CD68 (red). Activated microglia (double positive cells in yellow) can be observed in the ipsilateral side of the brain, especially in the thalamus and hippocampus, while almost none are visible on the contralateral side of the brain, thus demonstrating the neuroinflammation induced by HI. The enlarged image shows the hippocampal dentate gyrus, a neurogenic niche, with the molecular layer containing also more activated microglia than the surrounding tissue (unpublished data). 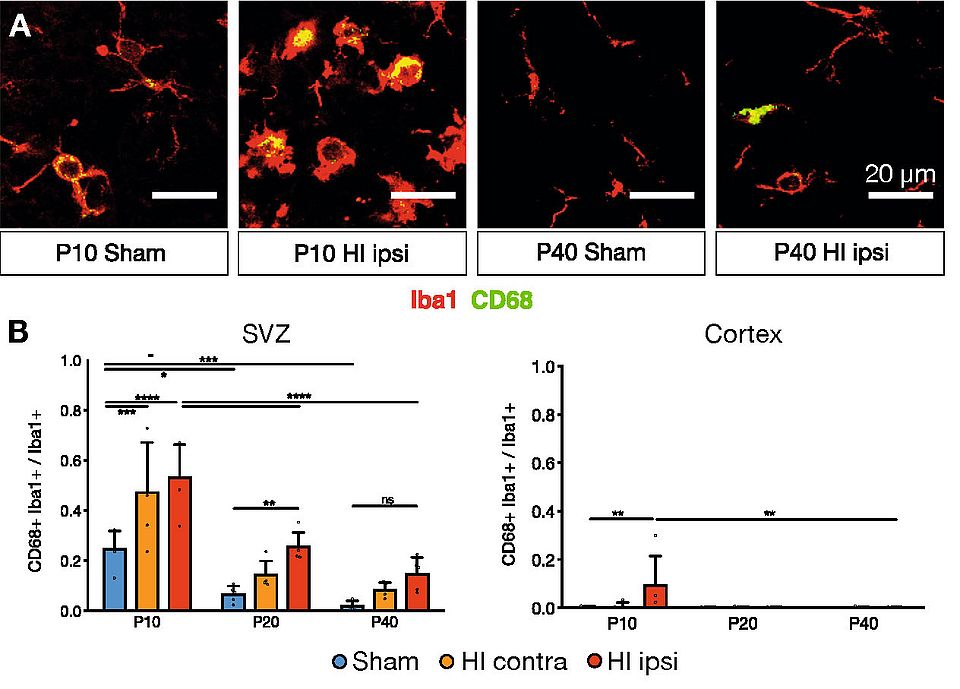 Fig. 3: Proposed scheme showing how RBM3 may regulate IGF2 release in the hippocampal dentate gyrus. After an HI injury, RBM3 interacts with IMP2. This interaction inhibits the apoptosis of NSPCs, and favors the release of IGF2, eventually leading to the proliferation of NSPCs and their differentiation. Adapted from Zhu et al., 2019.