Worldwide, liver cancer is the sixth most common cancer with an estimated 750’000 new cases annually. 90% of liver cancers are hepatocellular carcinomas (HCCs). Over 95% of HCCs develop on the background of chronic liver disease and indeed, more than 80% of HCCs occur in cirrhotic livers. The most important risk factor for HCC is chronic viral hepatitis caused by infections with hepatitis C virus (HCV) or hepatitis B virus (HBV). Both viruses are parentally transmitted and can cause chronic hepatitis. In the case of HCV infections, the innate immune system in the liver reacts within days after infection with a strong interferon (IFN) driven response. However, despite the upregulation of hundreds of IFN stimulated genes (ISGs), and the recruitment of specific T cells, HCV persists in over 70%of infected individuals. In the chronic phase, ISG expression remains strongly induced in a subset of patients depending on the IFN lambda 4 genotype. A recently discovered genetic polymorphism of the IFN lambda gene locus determines if an individual can or can not produce IFN lambda 4 (reviewed in Heim, M.H., Bochud, P.Y., and George, J. [2016]). Patients with the IFN lambda 4 “deltaG” genotype have persistantly induced ISGs. Somewhat paradoxically, IFN lambda 4 producers are less likely to clear the virus spontaneously, and are less likely to be cured by IFNalpha treatments (reviewed in Heim, M.H. (2013). Combined biochemical,immunological and genetic studies provide compelling evidence that IFN lambda4 is the central regulator of the innate immune response to HCV (Terczynska-Dyla,E. et al. [2014]). In a recent transcriptome analysis we found that the IFN lambda 4induced ISG induction is qualitatively identical to the response to therapeutically injected pegylated IFN alpha, but significantly weaker. This quantitative difference explains why the endogenous IFN system is ineffective in clearing HCV (Boldanova et al. [2017]). The molecular mechanisms that link the IFN lambda 4 genotype with the cellular immune response to HCV are still unclear and presently one of the research focus of the Hepatology Laboratory.
Hepatocellular carcinomas are characterized by very heterogenous clinical courses.It is widely assumed, that genetic and epigenetic heterogeneity underlies the wide variation in clinical presentation, disease progression and response to the different treatments. Within the MERiC research consortium (an ERC synergy grant funded collaboration of 4 research groups in Basel) our laboratory is investigating the molecular diversity of HCCs, and the molecular mechanisms of evasive resistance of HCCs to systemic therapies. (MERiC = mechanisms of evasive resistance in cancer). We realised that transcriptome based molecular classifications systems of HCCs have severe limitations and are clinically not useful (Makowska et al. [2016]). Ongoing efforts for a molecular classification therefore will integrate genomic, transcriptomic and proteomic data obtained from tumor biopsies (Dazert et al. [2016]). 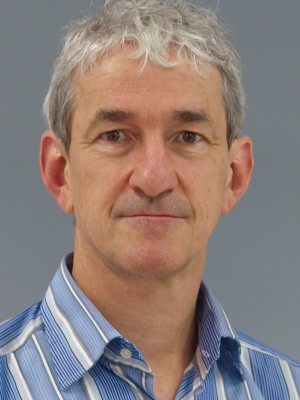 Figure 1: Natural history of CHC. Hepatitis C virus (HCV) enters the liver through the hepatic artery and the portal vein, which are the two blood vessels that transport blood into the liver. Acute HCV infection lasts from 0 to 24 weeks and often remains undetected. Approximately 70% of HCV-infected individuals develop chronic hepatitis C (CHC). Most patients do not develop substantial liver fibrosis or clinically relevant liver disease. However, in 15–25% of the cases, cirrhosis develops over 10–40 years. Decompensated cirrhosis and hepatocellular carcinoma are the most important causes of mortality in end-stage CHC. IFN, interferon; ISG, IFN-stimulated gene.