Function of cancer-relevant kinases in the healthy and diseased heart

In the light of the increasing burden of cardiovascular disease observed in patients under and after chemotherapy (Ammon M et al., J Card Fail 2013) and, more recently, targeted cancer treatment, we are investigating the function of cancer-relevant kinases and the impact of their inhibition in the healthy and injured heart. The goal of these studies is to gain novel insights into the molecular mechanisms of cardiotoxicity and cancer drug-associated cardiac side effects and to identify novel therapeutic targets for cardioprotection.
Our ongoing work focuses on fms-like tyrosine kinase 3 (Flt3), a prominent target of tyrosine kinase inhibitors (TKIs) administered to acute myeloid leukemia and solid tumor patients, in whom ensuing cardiomyopathies have been observed. We found that Flt3 is upregulated in the ischemically injured heart and that its activation via intramyocardial injection of its ligand confers cytoprotection and improves remodeling and function after myocardial infarction in mice (Pfister O et al., J Am Coll Cardiol 2014). Using Flt3 ligand-deficient mice and mice treated with a Flt3-targeting TKI, we also uncovered a role of Flt3 in the maintenance and functionality of the cardiac side population (Della Verde et al., submitted), a population enriched in cardiac progenitor cells (Pfister O et al., Transl Res 2014), which could be relevant for patients with atherosclerosis and coronary artery disease. We further examined the effect of impaired Flt3- signaling on the outcome after myocardial infarction using Flt3-deficient and TKI-treated mice. We found very different effects depending on whether a genetic or pharmacological strategy was used, whereby the involved mechanisms appear related to both heart-intrinsic (pharmacological model) and heart-extrinsic actions of Flt3 (genetic model) (Monogiou Belik D, sub-mitted, and Della Verde G et al., unpublished).
We and others found that cancer drug toxicity is associated with cardiac microvascular rarefaction, which is at least in part due to the impaired endothelial differentiation potential of cardiac progenitor cells. These findings prompted us to further study the molecular mechanisms responsible for endothelial differentiation of car-diac progenitor cells. In this context, we identified the cell cycle regulator and tu-mor suppressor polo-like kinase 2 as an important regulator of cardiac cell fate in the early stages of endothelial lineage commitment (Mochizuki M et al., J Am Heart Assoc 2017 and J Vis Exp 2019).
In summary, our findings on cancer relevant kinases in the heart provide novel insights into cardiac progenitor cell biology, are instructive regarding potential side effects of novel TKIs in the heart and could be therapeutically exploited to improve post-infarction remodeling and regeneration.
In our ongoing work, we now focus on non-coding RNAs in cardiac disease in a collaborative effort within COST Action CA 17129 CardioRNA (Robinson EL et al., Noncoding RNA 2020, Pedrosa da Costa Gomez et al., Circulation 2020, Pedrosa da Costa Gomez et al., Noncoding RNA 2019).

HFpEF accounts for roughly half of all heart failure cases, but its pathophysiology is still poorly understood and no evidence-based guidelines for its treatment beyond the control of co- morbidities exist (Kuster GM and Pfister O, Swiss Med Wkly 2019). An emerging concept of HFpEF proposes that a pro-inflammatory state created by various co-morbidities including metabolic disease, diabetes, and hypertension, causes microvascular endothelial inflammation, which is associated with the enhanced production of reactive oxygen species (ROS). We recently identified a contributory role of NOX1 to microvascular endothelial dysfunction and myocar-dial inflammation and remodeling in metabolically challenged mice (Xu et al., under revision).

Onco-Cardiology, a young and growing sub-specialty in cardiology

During the past decade, the still young and very dynamic field of Onco-Cardiology has established itself as a new sub-specialty of Cardiology. Where as the focus at the beginning was mainly on the cardiotoxicity of classic chemotherapies such as anthracyclines, the field has grown significantly to include now all interfaces between cancer and cardiovascular disease from shared pathophysiology over common risk factors to the co-existence and interaction of both diseases. Rapid developments in the field of oncological drugs lead to a continuously large number of new approvals or new substances or substance classes administered within the scope of clinical trials. As a result, cardiovascular side effects in oncological patients will continue to be relevant in the future. Close interdisciplinary and multi-professional collaboration is essential in order to sustainably improve the survival of tumor patients, both with regard to the tumor and cardiovascular diseases. Current clinical and translational collaborations are ongoing with Medical Oncology, Hematology and the Breast Center of the University Hospital Basel. 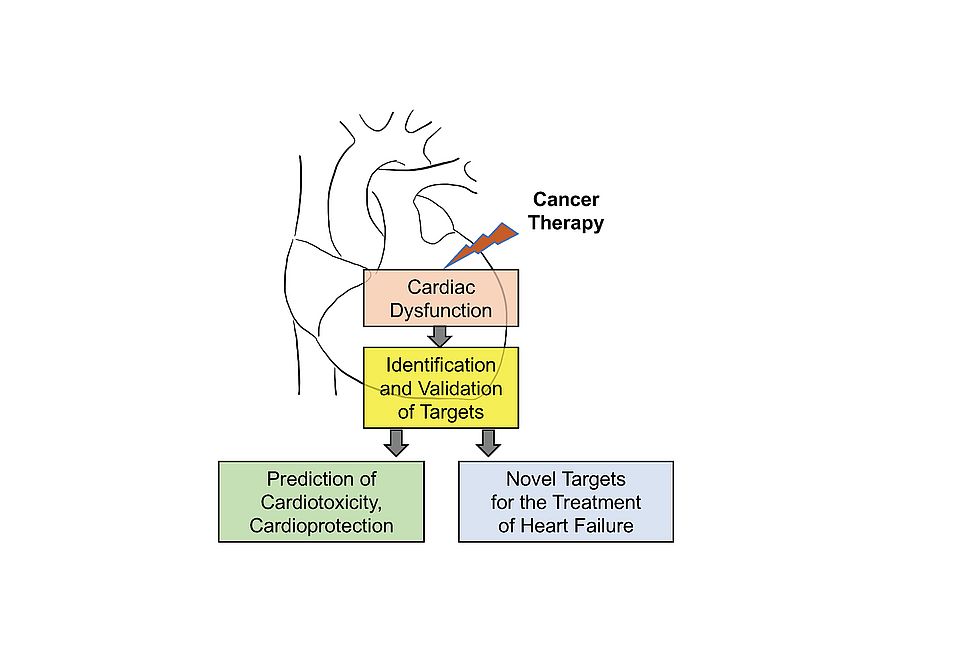 Fig. 1: The characterization of intended and unintended targets of cancer therapy and their downstream effectors in the heart is instructive regarding potential cardiovascular side effects and leads to the identification of novel candidate molecules that can be therapeutically exploited for cardioprotection in tumor patients or even treatment of heart failure in general.