Our research is focused on the pharmacology of psychoactive substances. This may include the designing and synthesis of novel compounds in collaboration with medicinal chemists. Many compounds studied in our laboratory are also misused recreationally as classic or novel psychoactive substances. We then study the mechanism of action of these substances in comparison with classic drugs of abuse or well-known psychoactive substances using in vitro pharmacological approaches. This includes the study of the receptor and transporter interaction profiles using receptor binding assays and tests of function such as transporter inhibition in vitro in human cells expressing different human target as well as receptor activation assays. Toxicology studies may also be performed mainly in collaboration with other groups. We perform studies of the metabolism in vitro. Then many substances are further investigated in vivo in humans. For example, we have extensively investigated the clinical pharmacology of MDMA including many phase 1 studies in healthy subjects to examine the pharmacokinetics, tolerability, acute effects, pharmacogenetics, metabolism, and safety pharmacology. The group has also conducted a series of clinical studies on the acute effects of the classic psychedelic substance LSD in humans. This includes studies of the acute subjective, emotional, autonomic, and endocrine effects of LSD, safety studies, pharmacokinetics, and pharmacokinetic- pharmacodynamic modeling. Then, different psy-choactive substances are compared with each other. This includes comparative studies of MDMA, LSD, d-amphetamine or of LSD and psilocybin. Furthermore, LSD is currently being investigated as a medication in patients with anxiety disorder, major depression, and cluster headache in collaboration with the respective clinical experts. 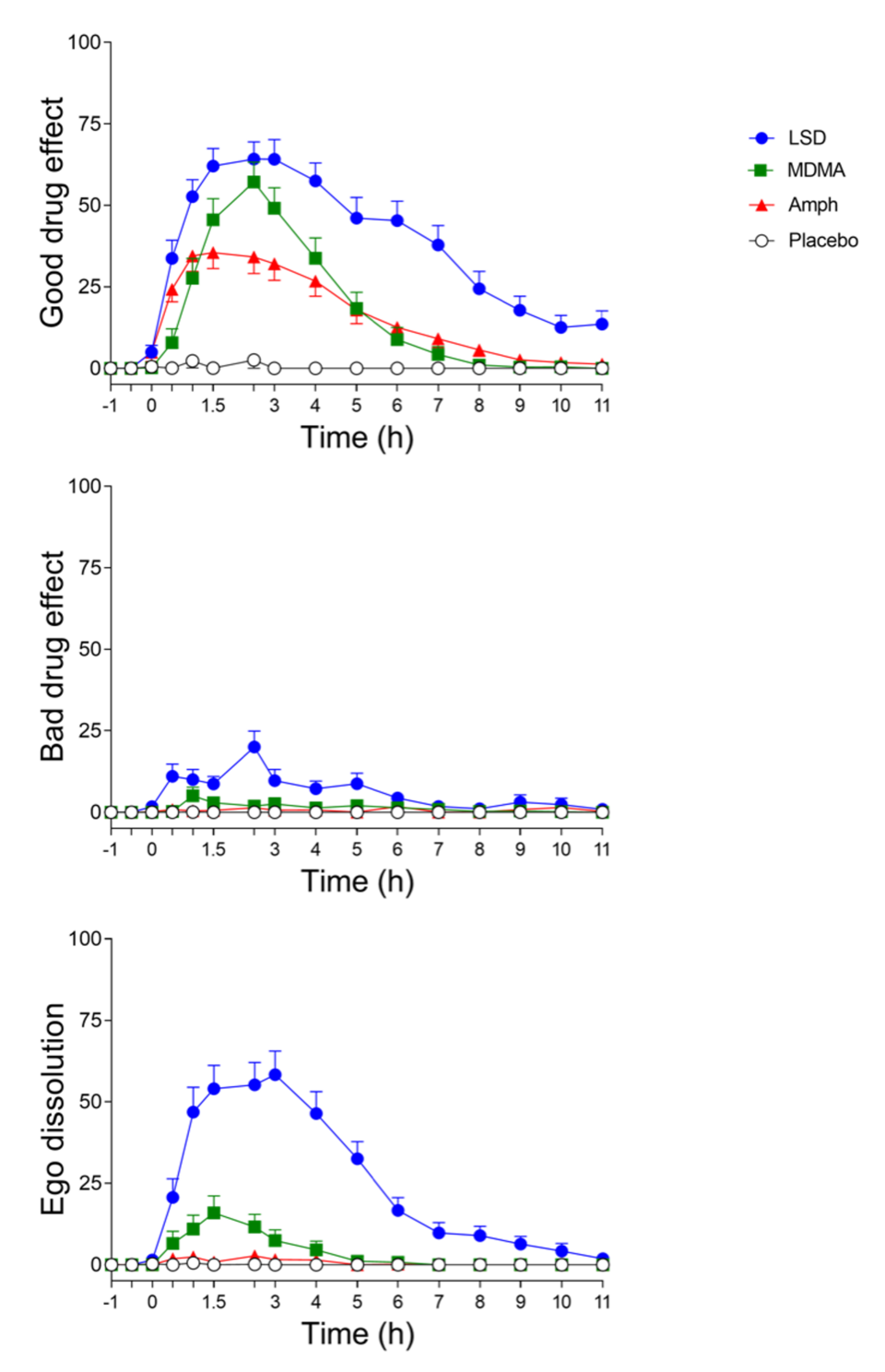 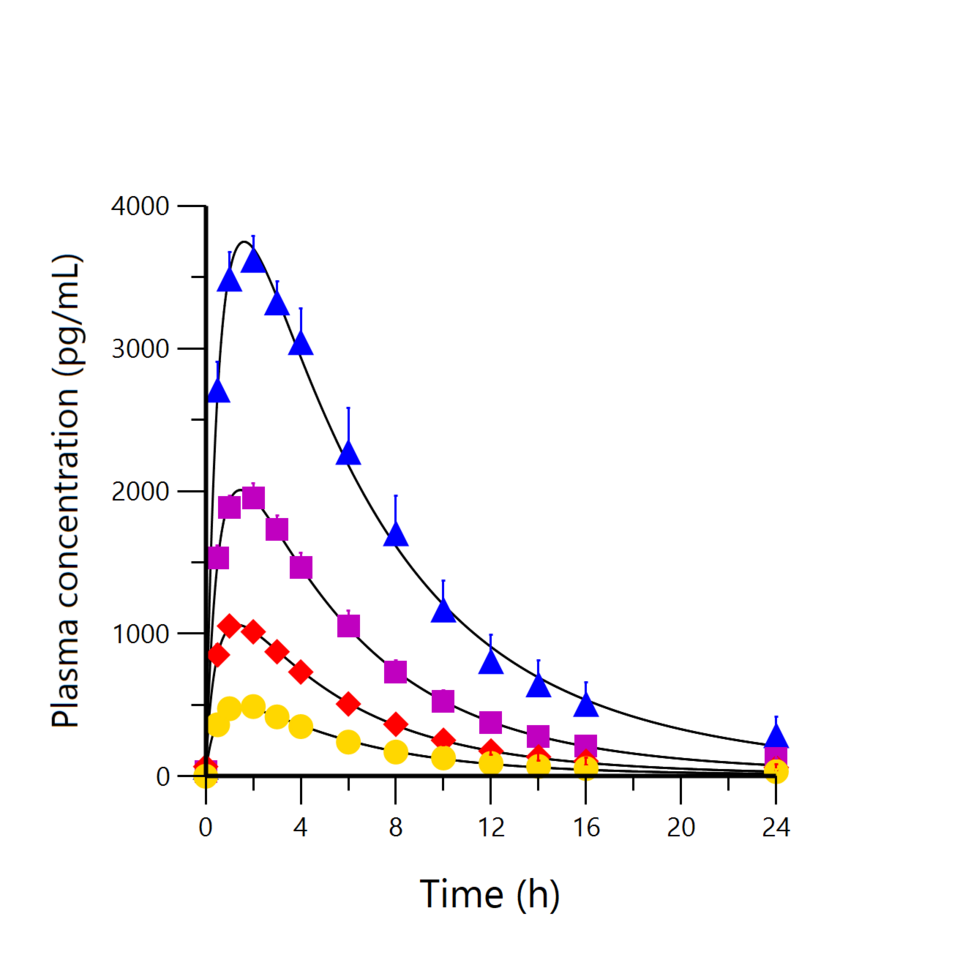 Fig. 2: Plasma LSD concentration-time curves for 25, 50, 100, and 200 μg doses of LSD. LSD administration resulted in dose-proportional increases in plasma concentrations of LSD. The data are expressed as the mean ± SEM in 16 subjects. LSD was administered at t = 0 h. The lines represent the means of individual predictions using compartmental modeling (one-compartment).