Individual cell-migration is fundamental to protective immunity but plays also a central role in the pathogenesis of autoimmune diseases. Our general aim is to assess migration characteristics of primary human T cells within specific subpopulations on a single cell level in health and in autoimmunity.
Orchestrated migration of T cells provides the basis for their precise positioning within lymphoid and non-lymphoid tissues. Conversely, migration of autoreactively mphocytes is fundamental to the pathogenesis of autoimmune diseases, suchas multiple sclerosis (MS). The importance of T cell migration in the pathogenesis of MS is supported by the fact that two highly efficacious drugs for the treatment of MS (fingolimod and natalizumab) act on T cell migration.
Most of our insight into T cell migration is based on the monitoring of bulk cell populations in animal models. For human T cells, a relatively limited set of migration characteristics have been recapitulated in vitro, again mostly by using bulk cell populations and probing the peripheral blood lymphocyte compartment. While important understanding of mechanisms underlying T cell migration derives from these studies, a potential heterogeneity of migration between individual cells is not interrogated using this approach. Also, clinical samples containing only small numbers of T cells are not amenable for analysis using classical in vitro migration assays. Specifically, understanding the migration characteristics of T cells derived from cerebrospinal fluid of MS patients –the closest routinely accessible approximation to pathogenic cells in this disease– would be of particular interest.
In recent years, introduction of microfabrication technologies resulted in the generation of so-called microfluidic devices, which allow monitoring of cells on a single-cell level with high spatio-temporal resolution. We have developed microfluidic devices specifically designed to studying the migration characteristics of primary human T cells. These devices allow a highly precise build-up of soluble and immobilized chemokine gradients. Characterizing migration properties of individual humanCD4+ memory T cells ex vivo, we have already established the proof of concept that this technique can overcome previous limitations of standard migration assays. With the help of microfluidics we aim at assessing migration characteristics of immune cells derived from the cerebrospinal fluid of patients with MS andrelate these findings with clinical phenotypes. 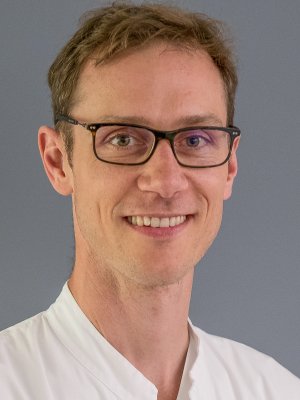 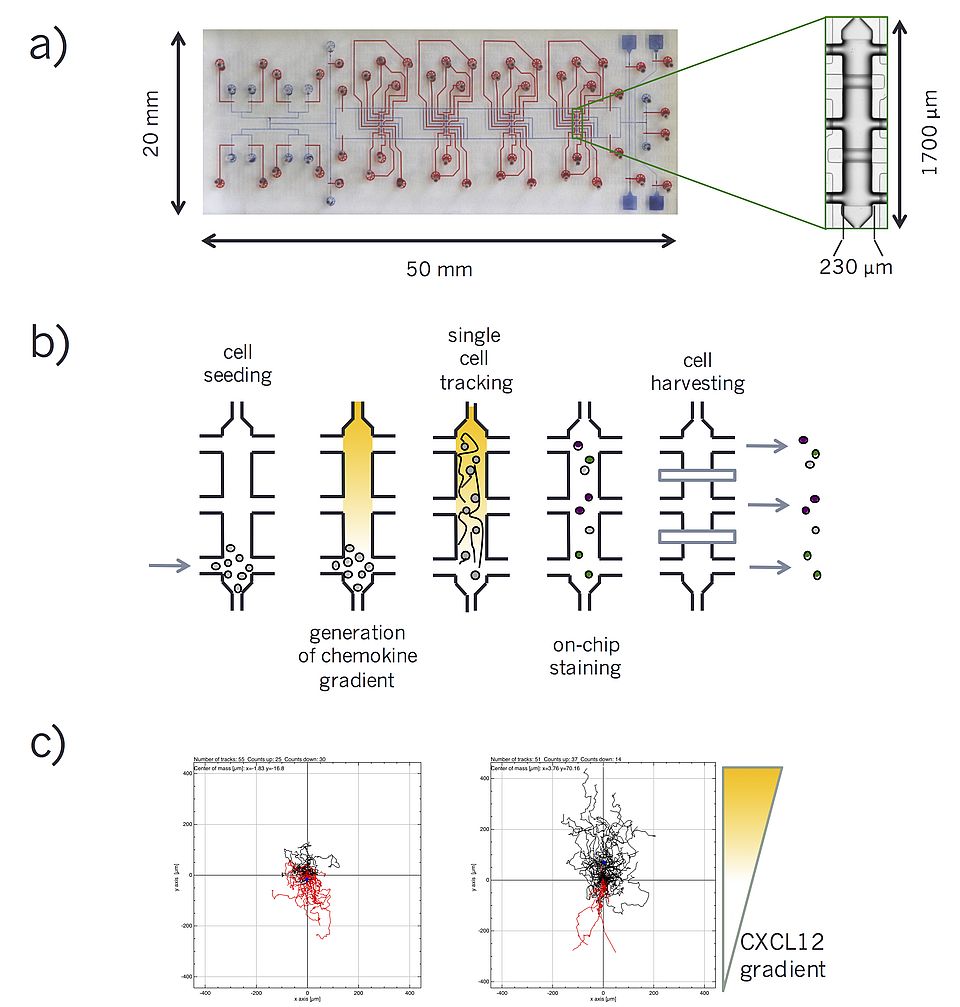