Mechanisms and targeting of oncogenic signaling in myeloproliferative neoplasms

Myeloproliferative neoplasms (MPN) are chronic leukemias with excessive proliferationof mature myeloid cells. They present as essential thrombocythemia (ET)with thrombocytosis, polycythemia vera (PV) with erythrocytosis, or myelofibrosis(MF) with expansion of megakaryocytes and bone marrow fibrosis. They lead to bone marrow failure or may transform to acute myeloid leukemia (AML). Hematopoietic stem cell transplantation is the sole curative therapy, but is limited to a subset of patients. It is the goal of our studies to contribute to novel therapeutic approaches for MPN patients by targeting the molecular signaling driving these diseases. MPN are characterized by hyperactive signaling of the JAK2 kinase due to acquired mutations in the JAK2 signaling pathway. JAK2 is an intracellular nonreceptor tyrosine kinase essential for hematopoiesis representing the exclusive mediator of signaling from the thrombopoietin receptor MPL, the erythropoietin and GM-CSF receptors. JAK2 activates several signaling pathways including STAT transcription factors, the phosphoinositide-3 kinase (PI3K) pathway and the mitogen activated protein kinase (MAPK) pathway, which promote cell proliferation, differentiation and survival. In MPN, JAK2 signaling is constitutively activated by mutations in JAK2, MPL or the chaperone protein Calreticulin. The central role of JAK2signaling in MPN has led to the development of JAK2 inhibitors which act as ATP mimetics and stabilize JAK2 in the active conformation (type I inhibition, e.g. ruxolitinib).However, type I JAK2 inhibitors have not met the expectations. They fail to reduce the mutant clone suggesting limited curative potential, and induce resistance.To improve therapeutic targeting of JAK2 signaling in MPN, we are pursuing several approaches:

More effective targeting of JAK2
A new mode of JAK2 inhibition has recently been reported which stabilizes the inactive form of JAK2 (type II inhibition). We found high potency of type II JAK inhibition in preclinical MPN models. We observed decreased mutant allele burden due to preferential inhibition of mutant JAK2 suggesting type II inhibition could lead to a class of agents with curative potential. Resistance to type I JAK inhibitors is also abrogated. We are continuing our studies on type II JAK2 inhibition, which appears to herald the development of mutant-selective inhibitors, as a basis for improved therapeutic options.

Resistance mechanisms to JAK2 inhibitors
Response to type I JAK inhibitors is often lost upon prolonged exposure. JAK2resistance mutations occur in vitro, but have not been observed in patients. It has been shown that MPN cells functionally adapt and reactivate JAK2 signaling through formation of JAK2 heterodimers with other JAK family members such asJAK1 and TYK2. We found that this escape mechanism extends to type I JAK2 inhibitorsin clinical development, and observed cross-resistance. These molecula rstudies of resistance mechanisms to JAK inhibitors may reveal new therapeutic targets, while studies on patient samples will provide insight into clinical JAK2inhibitor resistance.

JAK2 signaling network
JAK2 induces activation of STAT-, PI3K- and MAPK signaling. Therapeutic targeting of these pathways in other malignancies was impeded by feedback or crosstalk signaling revealing intricate signaling networks. We could show that combined inhibition of several targets such as JAK2 and Bcl-2/Bcl-xL can provide superior benefit in JAK2-driven leukemias. We are investigating the signaling network downstream of JAK2 to delineate the mechanisms limiting efficacy of JAK inhibitors and to inform novel therapeutic strategies. We aim to extend these studies to other myeloid malignancies with suboptimal clinical benefit of tyrosine kinase inhibitors.

JAK2 signaling in thrombopoiesis
Efficacy of therapeutic targeting with JAK2 inhibitors can be limited by on- andoff-target toxicities. Thrombocytopenia is a significant side effect of JAK2 inhibition.We have shown that JAK2 regulates megakaryopoiesis including formation ofmegakaryocyte-biased stem cells, and are interested in differential effects of JAK2inhibitors on thrombopoiesis. 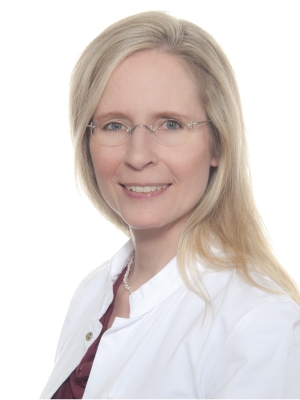 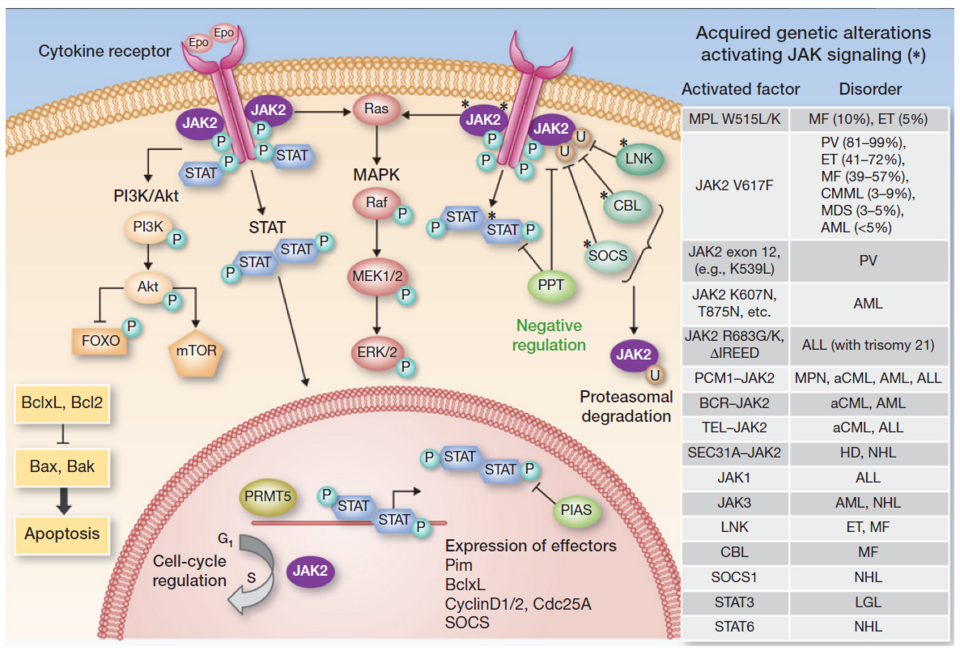 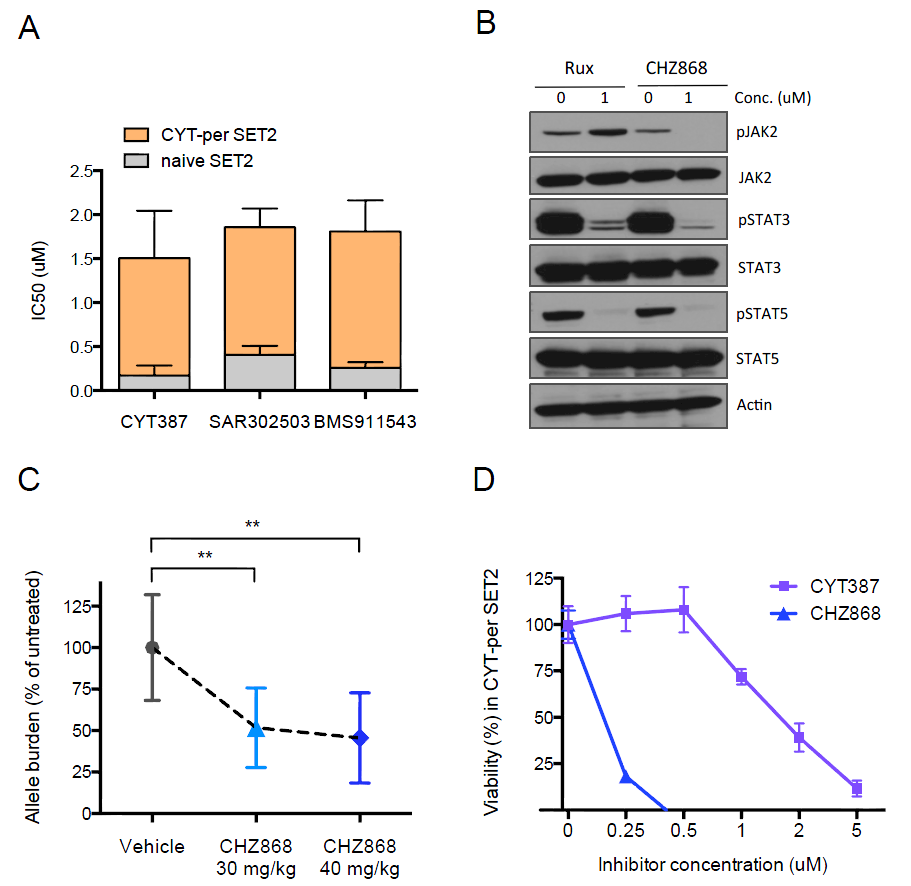