Form-Function-Relationship in the locomotor apparatus and application in the living as diagnostic tools or for monitoring the outcome of joint surgery.

The objective of the current study was to investigate the applicability of CT-OAM on mummies for the load analysis of joints. In order to clarify whether apparent malpositions of the spinal column existed during lifetime or occurred post-mortem, we evaluated the long-term loading patterns within the endplates of 8 mummies. The implementation of CT-OAM on mummies for load analysis of joints was feasible. The mineral density distribution within the endplates was not homogenous but followed distinct distribution patterns. The vertebra columns without malposition showed an almost even circular allocation of the density maxima within thoracic endplates, the spines with kyphosis displayed a concentration of the density maxima in the ventral area, and the spines with scoliosis exhibited a predominant localization of the density maxima on the concave side. The examined endplates showed characteristic reproducible density patterns consistent with the long-term loading conditions. Pathological load distributions can be visualized with help of CT-OAM before macroscopical changes appear and can therefore help to solve paleopathological and paleoarchaeological questions.

This study aimed at evaluating the potential of CT-calculometry (CT-CM) as a novel method to determine mineralisation, composition, homogeneity and volume of urinary calculi based on preoperative non-contrast-enhanced computed tomography (NCCT) scans. CT-CM was performed in preoperative NCCTs of 25 patients treated for upper tract urinary calculi by ureterorenoscopy or percutaneous nephrolithotomy. Absolute mineralisation values were achieved by use of quantitative CT-osteoabsorptiometry and compared to Fourier infrared spectroscopy as a reference for stone composition. Homogeneity was assessed by advanced software-based NCCT post-processing and visualised by using a maximum intensity projection algorithm. Volumetric measurement was performed by software-based threedimensional reconstruction. CT-CM was feasible in all of the 25 NCCTs. Absolute mineralisation values calculated by quantitative CT-OAM might be used to identify the most frequent stone types. High levels of inhomogeneity could be detected even in pure component stones. Volumetric measurement could be performed with minimal efort. CT-CM is based on advanced NCCT postprocessing software and represents a novel and promising approach to determine mineralisation, composition, homogeneity, and volume of urinary calculi based on preoperative NCCT. CT-CM could provide valuable information to predict outcome of diferent stone treatment methods. 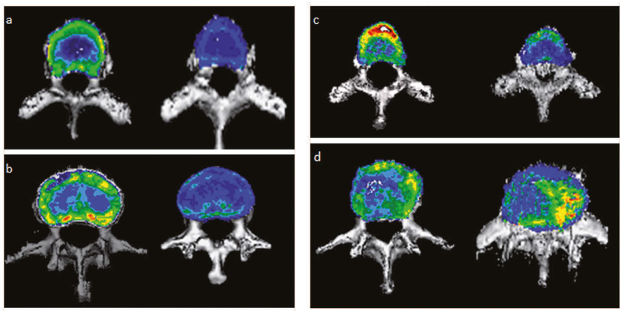 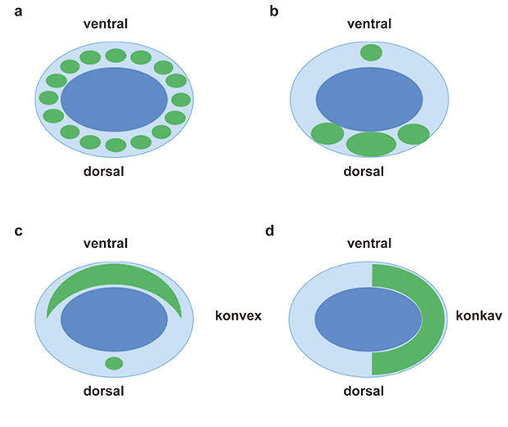