Development and function of neuronal circuitsin the central auditory system

Sounds and hearing play a pivotal role in human communication. People who suffer from central auditory processing abnormalities are affected in their daily lives and might not be able to appreciate even the most basic verbal communication. Tinnitus, in which phantom sounds are experienced in the absence of acoustic stimulation, is an example of pathology of the central auditory system. More than 10% of the population suffers from it. Despite the importance of hearing in human communication, we still understand very little of how sounds are perceived and how they are processed in the central auditory system. The aim of our lab is to understand the role of specific neuronal circuits in making sense of sounds, and to lead to new ways of reinstating normal connectivity in cases of abnormal auditory processing. We combine in vivo physiology, optogenetics, rabies virus tracing, immunohistochemistry, behavioral assays, cochlear implants and computer modeling to explore the functions of neuronal circuits in the mouse auditory cortex.

Adaptability of the auditory system in health and disease

We use several approaches to reach our lab’s aim (Fig. 1). First, we study auditory circuits during postnatal development. We identified a new form of developmental plasticity linked to a specific sound feature and to the maturation of a cortical interneuron subtype (Bhumika et al., 2019). We also demonstrated that the development and plasticity of the processing of different sound features is asynchronous, and follows a temporally precise developmental program (Nakamura et al., 2020). Then, we study how neuronal responses change with context, whether it is related to the auditory environment, to the internal state of the animal or to learning. We showed how a white noise background can improve tone discrimination performance and, more generally, how manipulating the cortical neural code leads to perceptual improvements (Christensen et al., 2019). We also demonstrated that the modulations in neuronal activity arising when switching from actively listening to passively hearing are diverse and widespread in the auditory system (De Franceschi and Barkat, 2020). We also study the specific roles of spatially distinct cortical neural circuits in sound processing and perception. We identified some cortical regions specialized in coding sound termination, whereas others are better for spectral integration (Solyga and Barkat, 2019). Finally, we established a mouse model of cochlear implants (Navntoft et al., 2019) providing us with the tool to link basic to translational research.

Our findings put forward the central role of adaptive plasticity in central auditory circuits. We will pursue this line of research to explore the different forms of adaptability that the brain uses to make sense of sounds. Not only will this new knowledge advance our understanding of auditory functions, but it will also set the ground for new approaches in translational research to help reinstating normal neuronal processing in central auditory dysfunctions.

Cochlear implants (CIs) are neuroprosthetic devices that can provide a sense of hearing to deaf people. However, a CI cannot restore all aspects of hearing. Improvements are needed if CI users are to appreciate music or more complex environments, such as hearing out a voice in a noisy crowd. Such improvements include the necessity of experimental animals to better understand the mechanisms of electric stimulation in the cochlea and its response in the whole auditory system. We developed a mouse model providing a powerful opportunity to study genetic and neurobiological mechanisms that would be of relevance for CI users (Fig. 2A, B). In collaboration with the Danish Technical University, we then asked whether the classical electrical stimulation paradigm used in humans could be improved. We used our mouse model to investigate the potential of a novel stimulation paradigm and found a more charge-efficient stimulation paradigm, with the potential to produce more battery-efficient cochlear implants (Fig. 2C, D; Navntoft et al., 2020). 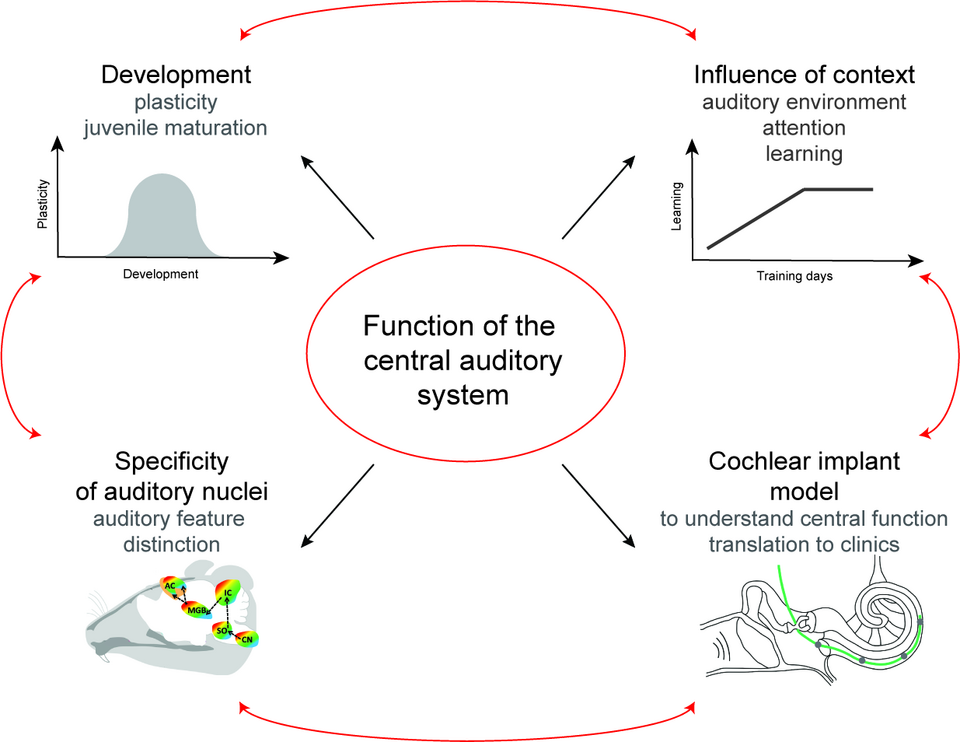 Figure 1. Research topics in the Brain and Sound Lab 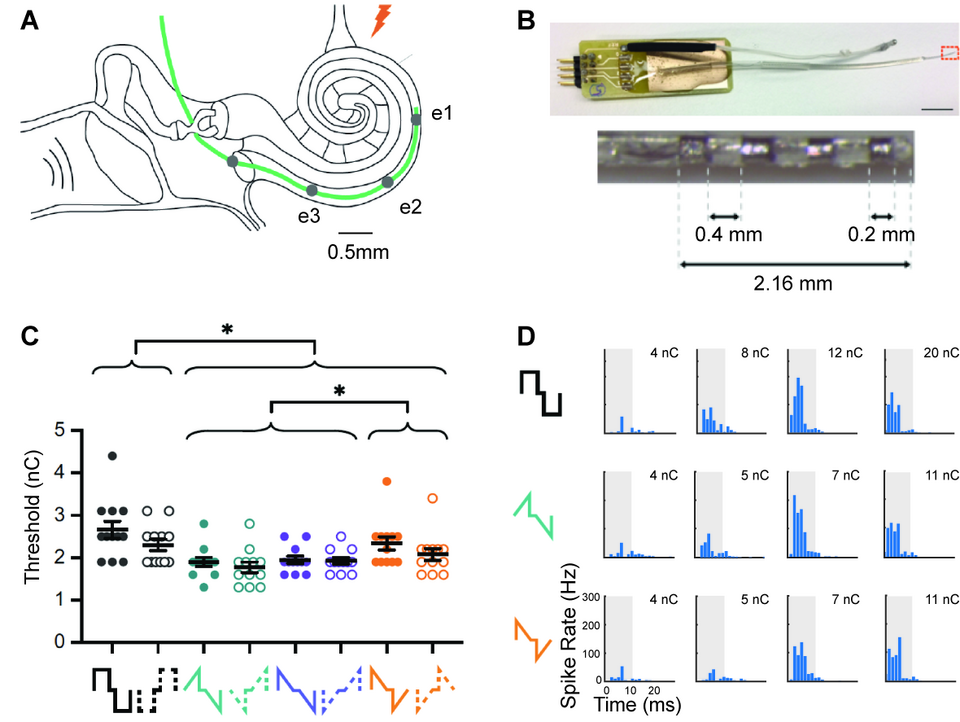