Systemic lupus erythematosus (SLE) is the archetype of a systemic autoimmune disease. However, the causes and pathogenic mechanisms of SLE are still not fully understood. A major hypothesis of the pathogenesis of SLE assumes that the disease is driven by a defective clearance of dead and dying (apoptotic) cells. In the context of an altered clearance, these apoptotic cells could become antigenic and initiate an autoimmune response. The complement system has been shown to play an important role in the clearance of apoptotic cells and the deficiency of one of the early components of the classical pathway of complement is strongly associated with the development of SLE. However, most SLE patients have no primary complement deficiency. In contrast, hypocomplementemia in SLE patients is a secondary event and most often associated with antibodies against the first component of the classical pathway of complement (C1q). As we and others have shown, autoantibodies against C1q (anti-C1q) strongly correlate with the overall disease activity in SLE patients, but in particular with renal flares. Our studies suggest that the occurrence of anti-C1q in SLE patients is necessary but not sufficient for the development of severe lupus nephritis. It is possible that anti-C1q interfere with the normal function of the complement system including the clearance of apoptotic cells. In fact, we could already show that anti-C1q specifically target C1qwhen bound to the surface of early apoptotic cells. We could also show that anti-C1q can activate the classical as well as the lectin pathway of complement and induce a pro inflammatory phenotype in macrophages. In addition, we identified a major linear epitope on the C1q molecule targeted by anti-C1q. The dissection of its core amino acid sequence revealed a striking sequence homology with EbsteinBarr Virus suggesting cross-reactivity through molecular mimicry. Independently, studying the binding characteristics of anti-C1q led us to the analysis of the binding of von Willebrand factor to bound C1q. Interestingly, we could observe binding of vWF to bound C1q allowing consecutive aggregation of platelets. Thus, wecould demonstrate a direct interaction between starter molecules of primary hemostasis and the classical pathway of complement system that might contribute to the pathogenic mechanisms in complement-mediated, inflammatory diseases.Currently, our group aims to further examine the origin, pathological role and clinical relevance of anti-C1q antibodies in a double approach based on experimental studies of C1q and anti-C1q and clinical studies of patients with SLE. In the experimental studies we want to understand i) the origin of anti-C1q, ii) the consequences of the binding of antiC1q, and iii) the immunological consequences of the bindingof von Willebrand Factor (vWF) to bound C1q. 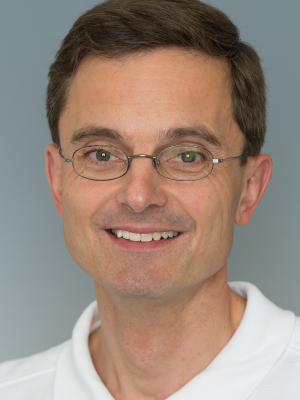