BKM120 is one of the clinically most advanced PI3K inhibitors (PI3Ki), is currently in phase III clinical trials and listed in more than 80 clinical trials in oncology. In the framework of PI3K and mTOR-targeting projects supported by the CTI, we have elucidated the mechanism of a BKM120-mediated cell cycle arrest (Bohnacker et al. 2015). Interestingly, BKM120 increased mitotic markers such as phospho-HistoneH3 in a large cancer cell panel, suggesting that the drug acted by a mechanism that is distinct from other PI3K inhibitors (Fig. 1). Typically, PI3K inhibitors such as PQR309, and GDC0941 and GDC0980, arrest cancer cells in the G1/S cell cycle phase. BKM120 was found to interact with tubulin and PI3K. To further monitor the two inherent biological actions of BKM120 we investigated structurally related molecules and generated a potent BKM120-derived microtubule (MT) disruptorMTD147. This chemical split of PI3K and MT activities inherent to BKM120allowed a functional profiling associating BKM120 with mitotic arrest and HistoneH3 phosphorylation. Interestingly, the BKM120-induced mitotic arrest was detected below reported AUC0-24 levels currently used in clinical studies. This suggests that there is no valid therapeutic window for PI3K inhibition without interference with MT stability.

A combination of chemical, cell biology and X-ray crystallography studies further elucidated why BKM120 blocked MT polymerization: BKM120 binds to the colchicine-binding pocket on β-tubulin. Binding depends on the orientation of BKM120’score pyrimidine ring. Moreover, biochemical, cellular and structural data suggests that the initially proposed orientation of BKM120 in PI3K is inverted. The in depth analysis of BKM120’s activities mechanistically defined its dominant anti-tumor activity, and explains why PQR309 with a triazine core lacks the off-target effect on MT (Bohnacker et al. 2015).
The above structure function study also provided starting points for the production of very potent PQR309 follow-up molecules and mTOR kinase-selective inhibitors(which entered the drug development program of PIQUR Therapeutics (Beaufils et al. 2016; see sidebar), and potent microtubule polymerisation blockers with novel pharmaceutical characteristics. Altogether, the studies provide access to improved rational drug trials in drug combination studies, when combining PI3Kiand MT targeting drugs.
We have a long standing interest in localized lipid signalling, as this is crucial toPI3K signalling in cancer and inflammation. In the ESF-funded project “Tracking of Phosphoinositide Pools – Key Signaling Components in Cell Migration and Polarisation”,we have initiated the generation of novel tools to control subcellular signalling enzyme localization. To be able to dock signalling enzymes to any location in a cell, we have produced so-called chemical-inducers of dimerization (CIDs). These molecules have two reactive groups that specifically form covalent bonds with proteins fused to a SNAP- or a HaloTag (Fig. 2). When one of the proteins is targeted to a cell organelle with a suitable anchor, a target protein can then be associated with this organelle by the addition of a cell permeable CID. To make this association reversible, photo cleavable groups were incorporated into the CIDs.This resulted in molecules that allow the dynamic, time resolved and localized dissociation of target enzymes from selected membranes (Zimmermann et al. 2014,example in Fig. 2B). 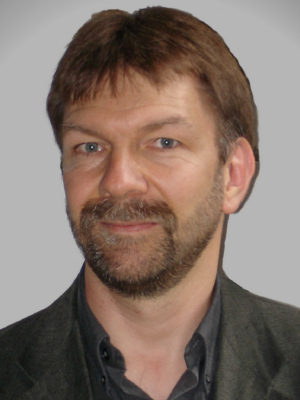 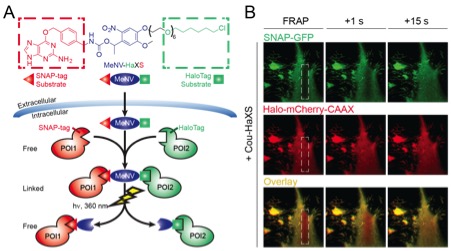 Fig. 1: A) Typically, PI3K inhibitors (PI3Ki) block the cell cycle in G1, and act cytostatic. When treated with a PI3Ki (here PQR309), cancer cells in mitosis can be rarely detected (mitotic marker: phospho-histone H3, pHistone H3). B) In contrast, BKM120 triggers a mitotic arrest with an accumulation of pHistone H3 positive cells, which accumulate in G2/M, condense nuclear DNA, and/or undergo apoptosis. At the same time cellular microtubules are disrupted. 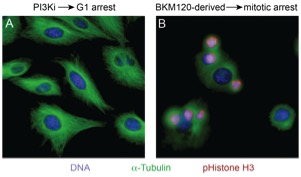 Fig. 2: A) The manipulation of the site of action of proteins of interest (POI) is important in lipid signaling research. The bi-functional chemical-inducer of dimerization (CID) MeNV-HaXS is cell penetrable, and reacts specifically with intracellular SNAP- and HaloTag-fused POIs. The covalent association of two tagged proteins can be reversed by illumination, where a 360 nm light pulse cleaves the MeNV group (Zimmermann et al. 2014). B) To improve the spectral properties of the CID, novel photocleavable molecules were produced: Cou-HaXS can be efficiently and rapidly cleaved at 405 nm, and is well suited for FRAP microscopy setups. The depicted TIRF images of HeLa cell plasma membrane demonstrate how a laser pulse within the highlighted section (broken lines) can dissociate a target protein (here SNAP-GFP) in a spatially controlled fashion from a membrane anchor (Halo-mCherry-CAAX). The lateral membrane diffusion of the CID-linked proteins is monitored by the recovery of the fluorescence intensities after the FRAP pulse.