Giant Cell Arteritis - towards a better understanding of pathogenesis

Giant cell arteritis (GCA) is a primary vasculitis of unknown etiology. Disease manifests as an inflammatory syndrome and ischemic symptoms resulting from stenosis of inflamed arteries. There is strong evidence that T cells play an important role in disease induction and/or maintenance. The pathogenesis remains, however, unknown.One of the goals of our lab is to unravel the events leading to disease and more specifically the immunological target of the T cells.

Characterization of the immunological milieu and the T cell compartmentin GCA
Using multiparameter flow cytometry immunophenotyping and multiplexed cytokine measurements we determined the immunological milieu in 42 study subjects(16 GCA patients at diagnosis, 13 disease controls and 13 non-inflammatory, age matched controls). We identified IL-6 as the main cytokine differentiating between GCA and controls (Fig. 1). Similarly, the IL-8 was higher in GCA, while the other cytokines showed no significant difference to controls. This finding nicely fits the clinical data showing good response of treatment with an anti-IL6 receptor antagonist. Using multi-color flow cytometry we confirmed that T regulatory cells seemed to be reduced in GCA compared to controls. Th1 T cells were comparable between the groups, while high IL-17-producing CD4+ and CD8+ T cells were more frequent in GCA compared to all controls (Fig. 2). However, the majority of GCA patients had normal frequencies of Th17 T cells, suggesting that distinct patient subgroups might exist. As part of the analysis between the clinical presentation and immunological data we are currently investigating this.

The role of autoantibodies targeting 14-3-3 protein isoforms in GCA
A recent study suggested that antibodies against isoforms of the so-called 14-3-3 protein (an intracellular regulatory protein) may be useful as biomarkers in large vessel vasculitis (LVV), i.e. GCA and Takayasu's arteritis. This study was done inpatients with aortic aneurysm due to LVV, i.e. those with a late complication of vasculitis. Here, we performed an analysis to assess the presence of these Autoantibodies'at GCA diagnosis'. If present they would have the high potential as biomarkers/autoantibodies for the diagnosis and monitoring of treatment effects as in other autoimmune diseases (e.g. systemic lupus, ANCA vasculitis). To test this,antibodies against three isoforms of 14-3-3 (γ, ε, and ζ) were measured in 51 LVV patients, and 42 controls (including non-inflammatory and inflammatory diseases),using an multiplexed bead-based immunoassay and immunoprecipitation assays.The positive threshold was defined based on values found in young healthy controls. Anti-14-3-3 IgG antibodies were compared between GCA patients and controls to assess their diagnostic performance as a biomarker. Antibodies against all three 14-3-3 isoforms were detected in GCA patients as well as in age-matched inflammatory and non-inflammatory controls. Amongst LVV patients, detection of antibodies targeting 14-3-3 ε and ζ was associated with more severe disease, specifically stroke or aortitis. Thus, we could conclude that detection of antibodies against 14-3-3 proteins at the time of GCA diagnosis is not disease-specific. Their presence at high levels in LVV with stroke, aortitis and - in a previous study - with aneurysm formation may indicate their value as potential biomarkers for extensive large vessel inflammation. The relevance of 14-3-3 antibodies in non-LVV patientsneeds to be tested in larger cohorts. 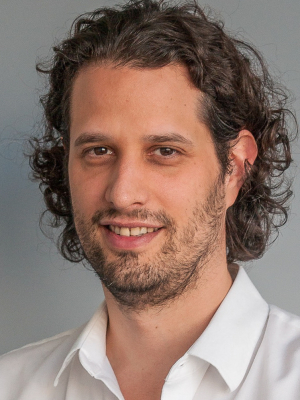 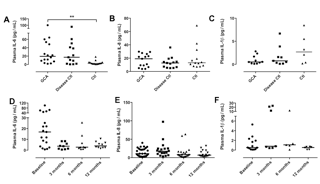 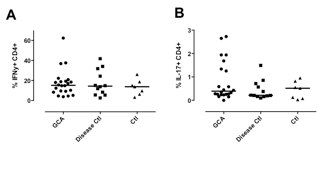