The laboratory of experimental rheumatology has been newly established in January2015 at the Petersplatz location of DBM. Our general research interest is the role of the innate immune system in the pathogenesis of inflammatory rheumatic diseases, including chronic arthritis. Activation of receptors of the innate immune system, such as Toll-like receptors (TLR), has been shown to occur at an early stage of synovitis in patients with rheumatoid arthritis (RA) (Ospelt et al., 2008). Increasing evidence indicates that inflammatory pathways are controlled by posttranscriptional mechanisms . Epigenetic control of gene expression by microRNA (miR) was demonstrated to be dysregulated in RA (Duroux-Richard et al., 2011;Stanczyk et al., 2008). In our work we have focused on miR regulation of TLR dependent inflammatory pathways in synovial fibroblasts and monocytes/macrophages.In vitro TLR-ligand stimulated synovial cells and monocyte-derived macrophages showed differential expression of miRNA in low-density array analysis.Candidate miRs were confirmed by real-time PCR and possible target genes in the TLR-signaling pathway predicted in silico. A set of miR were identified that were found to be regulated by TLR-ligands. Expression of miR and their target genes are measured in blood or synovial fluid of patients with rheumatoid arthritis. To assess the functional effects of the candidate miRs, they are overexpressed in primary human synovial cells or monocyte-derived macrophages from the peripheral blood. Alternatively, miR antagonists are used to inhibit miR function in these cells.Subsequently, production of proinflammatory cytokines and chemokines as well as proliferation and apoptosis are measured.
We aim at a better understanding of the contribution of dysregulation of miR expressionto the pathogenesis of chronic joint inflammation. 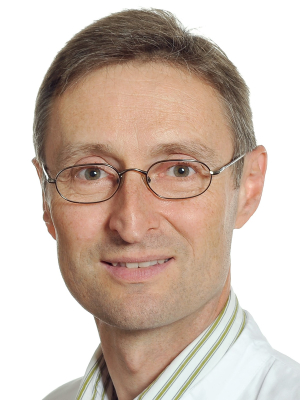