Antigen recognition is a central event in immune response and the immune system has evolved a series of receptors, which recognize a variety of antigens and activate specific immune cells. T lymphocytes express membrane-bound T cell receptors (TCR) that recognize complexes composed of antigen-presenting molecules and antigens. In addition to small peptides, T cells may also recognize lipids, glycolipids, and small metabolites of endogenous or microbial origin. Our studies in humans revealed that these latter T cells are as abundant as peptide-specific ones. Our goal is to understand the role of non-peptide-specific T cells in the immune response, and their participation in diseases.

Our studies cover the following three main areas. The first one is lipid-specific T cell immunity. Our aim is understanding the mechanisms leading to lipid recognition by T cells, how lipid antigens interact with the lipid-presenting CD1 molecules, and how lipid-specific T cells participate in the recognition of tumor cells (in cancer), of mycobacteria-infected cells (in tuberculosis) and of self-lipids (in autoimmune diseases). We have investigated the mechanisms by which complex lipids are processed by lipases and hydrolases, how the lipid antigens are transported within the antigen-presenting cells, and loaded on CD1 molecules. These studies led to the establishment of novel anti-bacterial vaccines taking advantage of lipid-specific T cells providing help to B cells secreting sugar-specific antibodies. We have also identified novel tumor-associated lipid antigens, which are being exploited in leukaemia immunotherapy.

The second type of studies investigate the biology of TCR γδ cells. We identified butyrophilin 3A1 as the relevant molecule for the activation of human T cells expressing the TCR Vγ9-Vδ2 heterodimers by microbial and self-metabolites. These metabolites accumulate in some tumor cells and specifically stimulate TCR Vγ9-Vδ2 cells. We established a human TCR Vγ9-Vδ2 transgenic mouse model that is being utilized to explore the anti-tumor function of this T cell population.

The third type of studies focus on T cells restricted to the MHC-class-I-related molecule MR1. Among these cells, mucosal-associated invariant T (MAIT) cells are stimulated by metabolites generated in the vitamin B2 pathway and preferentially localize within mucosal tissues, liver and skin. We found that the TCR gene repertoire of MAIT cells is remarkably oligoclonal both in peripheral blood and liver, inferring preferential stimulation of selected T cell clones in vivo. Unique aminoacids were detected in the CDR3 regions of skin-derived MR1-restricted T cells, possibly due to selective expansion following stimulation with metabolites produced by the skin-resident microflora. Biochemical purification revealed a complex array of stimulatory antigens, including vitamin B2-unrelated ones.  We also isolated novel T cells, called MR1T cells, which are MR1-restricted and recognize a variety of solid and liquid tumors. MR1T cells are activated by MR1-bound self-metabolites accumulating within tumor cells. Current studies are aimed at the identification of the tumor-associated antigens, using biochemistry and molecular approaches. As MR1 is a non-polymorphic molecule in the entire human population, and self-antigens are small metabolites that do not mutate, the TCR of tumor-reacting MR1T cells represent novel tools to be exploited in broad tumor immunotherapy.

To understand the functional role of MR1-restricted T cells, systematic and sequential studies are ongoing. First, by single cell transcriptomics analyses we discovered functionally different cell populations, whose roles in liver and gut diseases are being investigated. By multidimensional flowcytometry using optimized panels of monoclonal antibodies we identified the phenotypic correlates of these distinct populations within human healthy and diseased tissues. Individual cell populations are being investigated after sorting, cloning and in vitro activation. These studies are revealing how tissue-resident MR1-restricted T cells specialize in their functions and participate in disease evolution.

Inflammatory Bowel Disease (IBD) is a complex chronic inflammatory condition of the gut with relapsing – remitting episodes related to a combination of genetic and environmental factors that impact on normal host-microbe interactions. In chronic intestinal inflammation, the loss of epithelial barrier integrity determines an increased influx of microbial products within the mucosa, including small metabolites and other molecules defined as pathogen-associated molecular patterns.  Different types of mucosa-resident cells in particular T cells such as MAIT and TCR γδ cells respond to these stress-inducing factors. Both these cells and the stimulatory metabolites are locally available and induce antigen-dependent activation of MAIT and TCR γδ cells. It is not known whether these T cells participate in the immune response in IBD. Our aim is to assess the role of such circulating and gut resident T cells in the pathogenesis of chronic inflammatory disorders of the gut. We use a combination of recently developed technologic and analytic approaches including single-cell transcriptomics, multiparametric flow cytometry and bivariate computational analyses to investigate the phenotypic and functional heterogeneity of these T cells in patients with IBD.

download a summary of these pages as a single pdf page 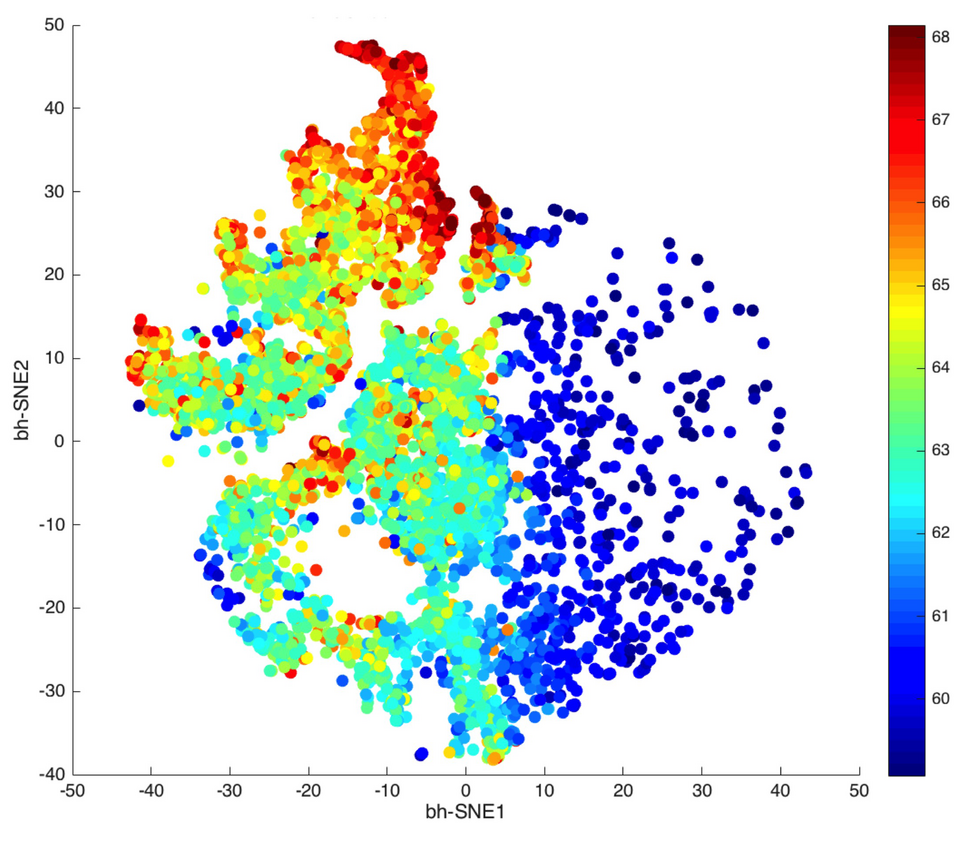